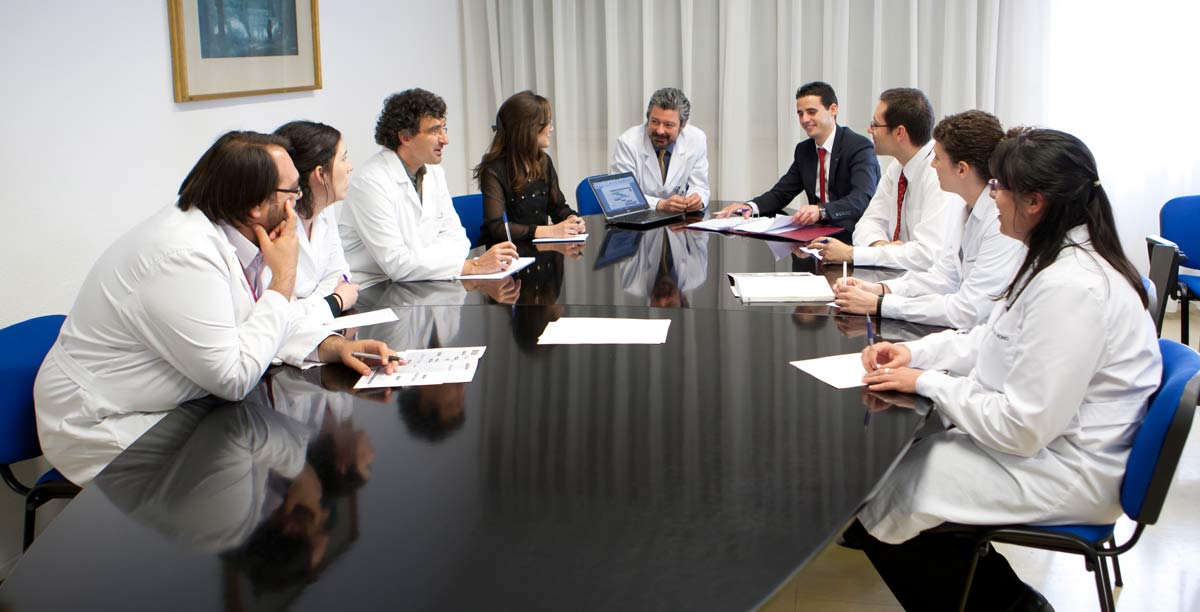 These are specific research and development+i projects under contract, nutritional intervention services, counselling, etc. Preference in the offer of services will be given to companies with which programme contracts are maintained. The Center's effort in area of services will not exceed 30% of the Center's total capacity. The current offer includes:

Title: Obtaining bioactive components for the agri-food sector through bioconversion and biorefinery processes of animal and vegetable by-products.

Summary: Obtaining bioactive components for the agri-food sector by means of bioconversion and biorefinery processes of animal and vegetable by-products from the agri-food industry, with both nutritional and technological properties, and their incorporation in food. The ingredients developed will present a healthy nutritional profile (improvement of lipidic profile , prebiotic activity, etc.) and/or optimal technological and sensory properties. programs of study In vivo (C.elegans and rodents) and in vitro assessment will be carried out for the possible application of these by-products and their bioactive components in the treatment and/or prevention of various pathologies associated with metabolic syndrome.

Title: Modulation of the microbiome and postbiome through the intelligent design of foods that promote a healthy microbiota in relation to the Metabolic Syndrome.

Summary: The goal of the present project is to evaluate the effect of foods that form part of the usual per diem expenses in Mediterranean countries on the microbiome, using both in vitro and in vivo methods, in order to be able to design foods that have a positive impact on the metabolic health of the individual through the modulation of the microbiome. The project also has a secondary goal , which is to analyse the interactions between certain food components and specific species of the microbiome, which would give rise to metabolites of subject postbiotics that may be responsible for the beneficial effect. This approach aims to be useful for the development of new products (ingredients, probiotics and postbiotics) with application in the prevention or treatment of obesity and its comorbidities. To this end, omics techniques (mainly metabolomics and metagenomics), in vitro digestions, dietary interventions in humans and development of suitable culture conditions will be used to produce new bacterial strains.

degree scroll of project: " research and development of new food products for the elaboration of a healthy basket for children's food (MEDKIDS)"".

According to the World Health Organization (WHO), childhood and youth obesity is one of the most serious global public health problems of the 21st century. The latest published data underline that the number of obese 5-19 year olds worldwide increased more than tenfold in the last 4 decades, from 11 million in the 1970s to 124 million in 2016, and the number of those affected will continue to rise at an alarming rate. In recent decades, we are witnessing an unwavering and rampant growth in childhood and adolescent overweight and obesity worldwide.

It is also noteworthy that Mediterranean countries have the highest proportion of obese children in Europe, according to a study published by the WHO in its European Childhood Obesity Surveillance Initiative. Italy, Cyprus, Spain, Greece, Malta and San Marino are at the head of the continent, with a percentage of obesity among boys of between 18% and 21% and between 9% and 19% in the case of girls.

Obesity during these early stages of life is associated with an increased risk of obesity in adulthood, diabetes, cardiovascular and joint diseases, cancer and mental health problems. Overweight, obesity and related diseases are largely preventable. Prevention of childhood and youth obesity should therefore be given high priority.

Chronic diseases related to nutrition and lifestyles represent the main causes of mortality and morbidity in developed countries, such as Spain. During pre-school, school and adolescence, lifestyles are established that usually persist throughout life. For this reason, their identification and improvement is a strategy that will improve the health of the population in the future.

The food industry can play an important role in reducing childhood and youth obesity by reducing the fat, sugar and salt content of processed foods for this group population, ensuring that availability offers healthy and nutritious options that are affordable for all consumers, and responsible marketing to parents of children.

The general concept of project MEDKIDS revolves around research into new products based on the usual foods of the Mediterranean per diem expenses . The aim is to substantially improve the nutritional characteristics of the foods available and make them appetising for the target population, which is the infant-juvenile population. All of this, with the ultimate aim of contributing to the prevention of obesity in these stages of life, by promoting a less energy-dense diet.

Therefore, the goal of the present proposal is the research and development of new foods that contribute to improving eating habits in the infant-juvenile population, for the prevention of obesity, with a Mediterranean pattern of per diem expenses , through the intervention of all the areas involved in the education of this group population.

With project MEDKIDS, the aim is to obtain an improved lunch box as a final result , with a range of new products that are healthier than the current alternatives, suitable and adequate for children and young people, which can be included in the daily diet in an easy and appetising way and which offer consumers a plus by adapting to the specific needs of the population and with evidence for the prevention of various chronic non-communicable diseases.

This project will be carried out in a cooperative way by a balanced, multidisciplinary and interregional consortium of companies with great experience and specialisation in each of the areas and subjects involved in the development of project, formed by 6 companies representing different important sectors of the food industry: AMC INNOVA, leader of project, specialising in the juice and fruit sector, FERTINAGRO, dedicated to the production and marketing of plant nutrients, PESCANOVA, specialising in seafood products, NOVAPAN, in the production of bakery products, pastry, bakery and chocolate products, ACER CAMPRESTRES, business , which develops ingredients and functional foods obtained mainly from the olive tree and its fruit, and COOPERATIVA SAN FRANCISCO DE ASÍS DE MONTEFRÍO, dedicated to the production and marketing of olive oil.

All the companies in the consortium work in different areas of the agri-food sector, and all of them play a fundamental role in the implementation of the consortium due to their complementarity in the different technical aspects that affect project.

The increase in the prevalence of chronic non-communicable diseases such as obesity and related comorbidities (diabetes mellitus subject 2, cardiovascular disease, non-alcoholic fatty liver disease, etc.), is a major public health issue challenge . At the same time, between 2015 and 2050, the percentage of individuals over 60 years of age will almost double from 12% to 22%, representing a clear ageing of the population.

This status is leading to development of nutritional strategies aimed at establishing a balanced diet and a healthy lifestyle in older age groups. However, it is necessary to personalise nutritional treatment to the individual needs of each person. This task is being addressed by "Precision Nutrition", a new operational concept, whose ultimate goal is to provide a specific and characteristic nutrition for each individual, taking into account relevant staff and clinical information, age, phenotypic and genotypic facets. In this context, the issue of research focused on the active search for healthy and functional foods is increasing. Thus, the development of new food products could be core topic and of great interest in the design of precision nutritional models that allow the individualisation of nutritional treatment for each subject in order to improve the response to treatment and ultimately written request, their health status.

The framework of project NUTRIPRECISION aims to design precision nutritional strategies aimed at the effective prevention of ailments associated with ageing in the pre-senior and senior population. To this end, the precision nutritional intervention will be based on the inclusion of functional foods.

Phase I: programs of study postprandial
The design of functional foods will be carried out through the companies participating in the project. After the development of the precision foods, the UNAV Nutrition group will carry out postprandial, double-blind, crossover programs of study in adult men and women, in which the efficacy of the designed food will be assessed against its original, unmodified counterpart.

2) brings together scientific and business knowledge ;

4) educates for health and promotes healthy lifestyles tailored to the specific needs of each individual;

5) is reproducible and applicable in "Health Promotion and Lifestyles".

1) shed more light on the influence of personalised nutritional strategies on ageing and associated pathologies;

2) to provide a specific and characteristic nutrition for each individual, taking into account relevant information staff and clinical information, age and phenotypic and genotypic characteristics.

3) contribute to the transfer of knowledge on precision nutrition to the health and scientific community for the benefit of Public Health.