Since its creation, the Centre for University Governance and Reputation has developed numerous training activities and has promoted research projects with the aim of generating academic and professional reflection on the governance and reputation of higher education institutions.

goal Training programme aimed at rectors, vice-rectors and team members of Office of the Executive Council, with the aim of improving the knowledge governance of higher education institutions.

With an academic and practical orientation, and with an interdisciplinary approach , specialists from different countries share knowledge and experiences useful to face the current and future challenges of universities.

In April 2015, the University of Navarra launched the Building Universities' Reputation (BUR) international conferences where academics and professionals reflect on university reputation strategies.

The Building Universities' Reputation is an international forum on university reputation, which the University of Navarra organises every two years with the collaboration of the Conference of Rectors of Spanish Universities(CRUE), Universia, the British Council, the International Rankings Observatory(IREG) and university associations such as CASE and the World 100 Reputation Network.

Under the umbrella of BUR, in September 2019, the first international museum congress Building Museum Reputation Conference was held at the Museo Universidad de Navarra, with the participation of some of the most important museums in the world.

goal With the aim of extending the cultivation of reputation to the greatest number of institutions, the University of Navarra started in 2016 Educom conference on Communication and Reputation of educational entities. Educom conference was also held in Peru in 2017 and 2018.

October 2018 saw the launch of the first Academic Programme for Ibero-American Communication Executives (PRADI) organised by the School of Communication of the University of Navarra, Corporate Excellence - Centre for Reputation Leadership and Fundacom.

The programme includes focused training courses for communication managers on reputation and intangible management issues. From October 2018 to date, conference PRADI has been held in Argentina, Mexico and Uruguay.

The University Governance and Reputation Centre also collaborates with the training programme of the Executive Master in Corporate Reputation of the University of Navarra. 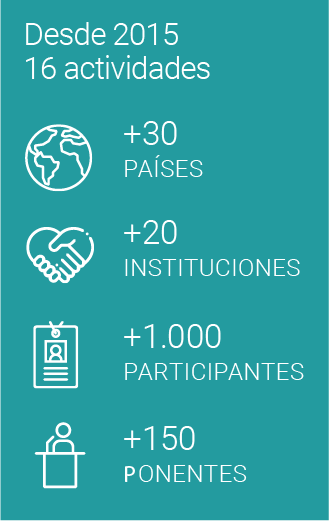