José Ramón Alonso: "Cajal was a patriot and his scientific efforts were aimed at improving our country".

The first session of the "October with Cajal" series, organized by the Science Museum of the University of Navarra, brought together 90 people.

Ninety people participated in the first session of the Cycle "October with Cajal", held last Tuesday, October 4 at Civivox Iturrama, and organized by the Science Museum of the University of Navarra at partnership with the City Council of Pamplona and the Planetarium. The cycle has as goal disseminate the figure of Santiago Ramón y Cajal in the year that marks the 170th anniversary of the birth of the Spanish Nobel.

Under the degree scroll, "Ramón y Cajal: the scientist and his time", José Ramón Alonso, Full Professor of Cell Biology at the University of Salamanca, and Cristina Nombela, researcher at the Autonomous University of Madrid, participated. The roundtable was moderated by Ignacio López-Goñi, director of the Science Museum of the University of Navarra.

Alonso has made a journey through Cajal's biography and has commented on some interesting and funny anecdotes of his childhood -for example, when Cajal as a child emptied a trunk, filled it with stones and blew up a neighbor's door-, his passion for drawing, the neuroscientific theory, the awarding of the Nobel Prize in 1906, his enormous vocation professor, his presence in the war, and even his death in 1934.

Alonso stressed that Cajal's merit was his will towards work and his goal was the country. "Cajal was a patriot and his scientific efforts were aimed at improving our country". Alonso said that Cajal understood that science was the only vehicle that could bring Spain closer to developed countries.

Cristina Nombela began her speech by referring to the awarding of the Nobel Prize to Cajal and Golgi in Physiology and Medicine in 1906, and the opposing theories defended by both scientists: reticular and neuronal.

However, Nombela focused his speech on the contribution of some women researchers who contributed to the development of Cajal' s neuronal theory and who appear both in the photos in the laboratory next to the scientist, and in the acknowledgements that the Spanish Nobel laureate made in his writings, as is the case of the mentions to Laura Forster, Manuela Serra and Soledad Ruiz Capillas. "We should start to consider that there were women who contributed to demonstrate that neuronal theory explains the nervous system".

The next session of the cycle "October with Cajal" will be on Thursday 13 at the conference room Tornamira of the Pamplona Planetarium where the astrophysicist Fernando Jáuregui and Javier Armentia, director of the Planetarium, will give the session "The sky of Cajal" where they will remember the solar eclipse of 1860 that marked Cajal when he was a child. For attend it is necessary to pick up the invitations one hour before at locker of the Pamplona Planetarium.

The rest of the sessions of the series (October 18, 25 and 26) can be consulted on the Science Museum's website. 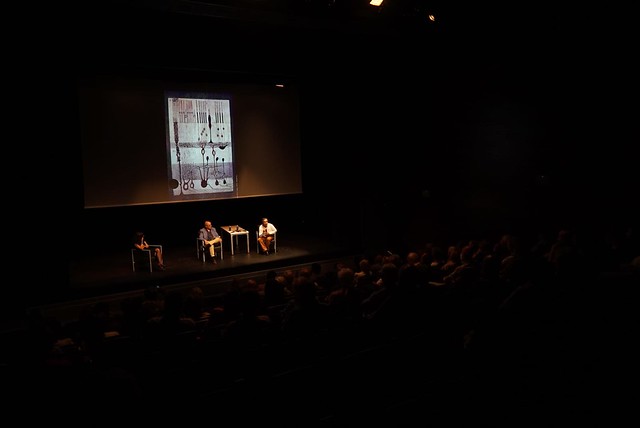 Ana Escauriaza: "The university was a pioneer of civic resistance to ETA".

"Stays abroad position us as ambassadors of the University of Navarra in different parts of the world."

The ICS presents the Spanish version of a document framework of Oxford on the mission statement of the universities for the development integral of the students.