The visual image of Navarre from the Age average to the 20th century, collected in a University book

The Publications Service of the University of Navarra and the Fundación Fuentes Dutor have published the book The visual image of Navarre and its people. From the Age average to the dawn of the twentieth century.. Sponsored by the Fuentes Dutor Foundation, the work is the result of the reflections of more than twenty professors and researchers from various universities and cultural institutions on images as a sign of common identity and an element of cohesion and structuring of peoples. 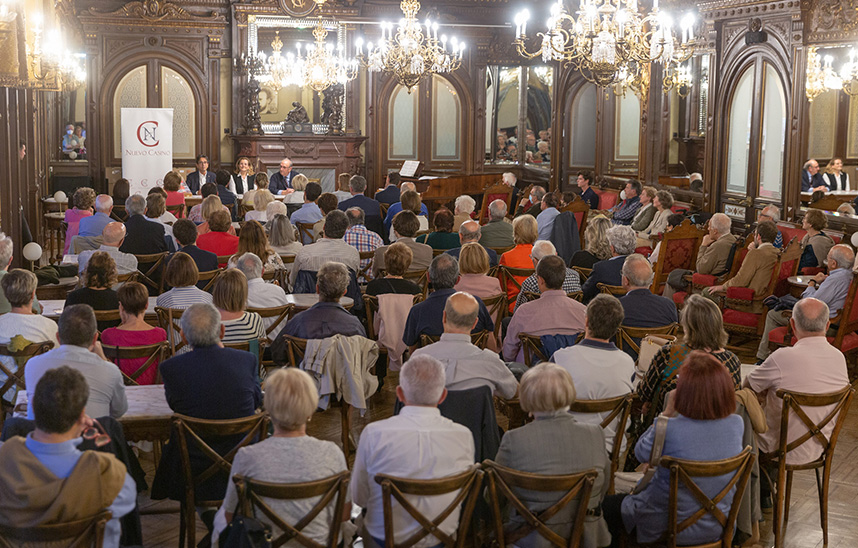 "We wanted to bring closer the representations and figurations that speak of Navarre and of what the Navarrese could contemplate over more than eight centuries, because through our cultural heritage, bearer of so many visual images, we can discover our diversity and initiate an intercultural dialogue on what we have in common with other realities", explained Ricardo Fernández Gracia, director of the Chair of Heritage and Navarrese Art of the School of Philosophy and Letters, and director and publisher of the monograph.

The coordinators of the work are Carmen Jusué and Pilar Andueza. The presentation is signature Mª Concepción García Gaínza, who has pointed out that project publishing house constitutes an "intellectual edifice that brings together an ocean of visual images of the Old Kingdom, which must be looked at, seen and read, in order to know its depth through its form and its real and symbolic contents".

49 chapters of signs and images in keeping with tradition

Throughout 49 chapters, divided into two thematic blocks, images are collected that have result fundamental for the transmission of knowledge and that have been identified as their own. The first block makes reference letter to the land and its institutions and covers topics ranging from cartography, the image of the king, the heraldic emblem and currency, to the projection of history and the image of power, paintings and drawings of some localities. The second one deals with the promenaders, the landscape generated by religious art and urban planning, books and libraries, music, the sacred and everyday life. "It is a whole repertoire of signs and images attached to tradition, but by no means immovable, as they evolved over time," said Fernández Gracia.

The book was presented on Wednesday, October 19, at the Nuevo Casino of Pamplona. The event, chaired by Rosalía Baena, Vice President of Students of the University of Navarra, counted with the interventions of Ricardo Fernández Gracia, publisher of the work, and Agustín Guibert, trustee of the Fuentes Dutor Foundation. The more than one hundred people attending the event also enjoyed a piano performance of a couple of scores by J. Larregla and M. de Falla, at position by Julián Ayesa, organist of the cathedral of Pamplona.

The monograph is available for free download at the following link.

The European Union awards 20 new research projects worth 6 million euros to the University.

Students of Degree at Philosophy, Politics and Economics (PPE) analyze, at partnership with UNHCR, the impact of initiatives to support refugees in Spain.

The figure and work of Pedro Pablo Rubens comes to Pamplona through the Fundación Amigos del Museo del Prado and the University of Navarra.

Miguel Zugasti participates in an online meeting on writing and stage in the 16th and 17th centuries.