Students of the Global Industrial Design Engineering Program take a trip to the design Week in Milan.

The students of the Global Industrial Design Engineering Program made a trip to Milan from June 5 to 10 during the framework of the subject International Design Week. The student Santiago Ayala, 2nd year student of the Degree from design Industrial Engineeringshares his testimony of what these conference have given of itself in the transalpine country.

The members of the Global program of design Industrial have participated in various activities of the Fuorisalone of the Milan Design Week , the most important and prestigious event related to the world of international design . This event that started in the 80s focused on the furniture sector, has evolved in recent years to involve many other industries such as automotive, telecommunications, technology or gastronomy. "Among all the exhibitions and tours made on this trip, I want to highlight two: Audi Grandsphere Concept and the visit to the Achille Castiglioni Foundation," Ayala emphasizes. 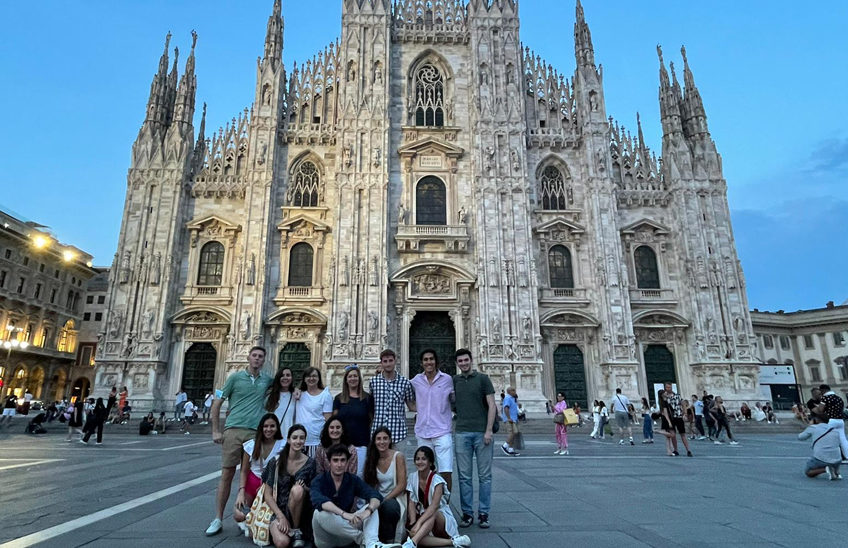 "As expected at an Audi exhibition , the elegance and minimalism of the exhibition really caught our attention," says Santiago. "They explained to us the manufacturing processes, the operation of their production plants and their strong commitment to environmental sustainability."

At staff , Santiago was most interested and thought provoking in the process of design followed by automotive companies and the impact on this process of new technological trends such as autonomous driving.

"In the final part of the tour of this exhibition we visited two large living rooms where the brand's most futuristic concept cars were on display. The living rooms were a kind of physical moodboard of vehicles that represent the radical change that is taking place in this sector. Cars are changing, they no longer fulfill a mere function of transporting you from point A to point B. Audi is trying to generate an experience of Username, beyond the mere design of a traditional car. The inside of the vehicle has been designed before the outside, for example, thinking about the comfort of the Username, so that you feel as comfortable as in the living room of your home. In fact, they described this concept car to us as a living room on wheels. meeting fascinating how the challenge of creating a totally innovative car can be approached in such an unconventional way." 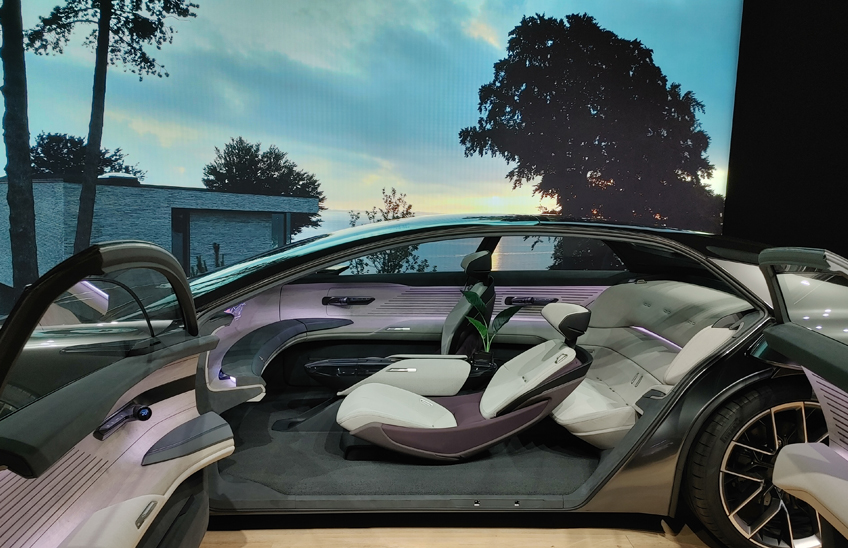 This visit has helped students from Tecnun to realize how many aspects must be taken into account when designing such an innovative product and how for the design of a product as technical as a car, the weight of profiles that go beyond mechanical or electrical engineers, is gaining more and more weight. "To give an example, one of the great faces of project is Rafael Falkenburger, an interior designer."

"I really admire how well thought out every element of the car is and how each part conveys a message or fulfills a purpose. The fabric of the seats in this high-end vehicle was no longer leather, but a sustainable and very soft material that invited you to touch it. There were also spaces designed to place plants or small shelves for other objects, seeking to provide comfort and a sense of home. Another example is the controls that are incorporated in the doors so that when the automatic driving mode is activated and the driver is comfortably lying down, you can access the temperature and radio control without touching the main screen. These controls include cameras and sensors that detect specific hand movements," says Santiago.

Another of the visits made by the students of the Degree Industrial Engineering design was to the Achille Castiglioni Foundation, one of the fathers of 20th century Italian design and a reference for contemporary designers whose functional, avant-garde and fashion-conscious works are still being reprinted and sold today. 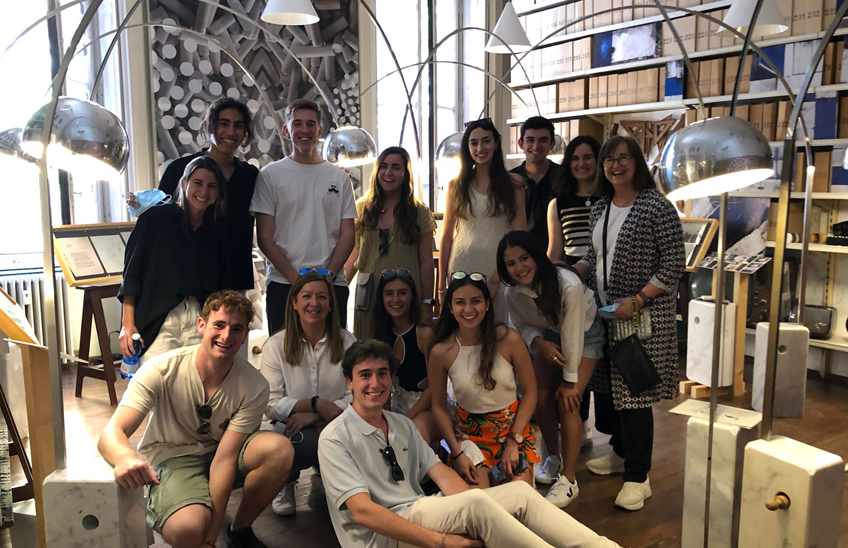 The Foundation's guide explained its design process through its work staff space, showing them sketches, prototypes and some of its most award-winning products. "We saw the Arco lamp, the Mezzadro and Sella stools, the Spiralle ashtray, etc.," details Santiago, who adds that this was his favorite visit of this trip: "it may sound funny, but it's because it helped me realize what a designer really is, and to be able to check with myself if I was on the right track. Castiglioni created a space to create ideas based on observing everyday objects, enjoying the process and using play as an element of inspiration, and he gave a lot of importance to work as a team. I put some of these aspects on the back burner, but I have decided to give them more importance in my process at design," he concludes.

"On the tour we were also told how Castiglioni gave great importance to curiosity and practicality and, in general, sought to make things as simple as possible. We have as an example the ashtray, which is inspired by a toy he used to relax, while smoking he had the problem of getting rid of the ash from his cigarette and then he thought that the cigarette fit perfectly in the spaces of the dock and that's where that concept came from. Or the stool whose seat is a bicycle seat. Such a chair has a base that allows movement and looks funny, but its main function, curiously, is to be uncomfortable. It is said that he designed it when telephone calls were extremely expensive and that way users would be uncomfortable, make shorter calls and save money. So that's when I realized that inspiration can be found in everyday objects, in a simple toy or in a problem. Designers' minds are in constant activity, thinking of solutions, making prototypes and always being aware that what surrounds them can be improved," concludes Santiago Ayala.

"The goal of our challenge was to try to make Tabakalera an even more sustainable place."