María Maraña, Architecture student; Hildegart González, professor at School of Nursing; the Library Service and the School of Philosophy and Letters, awarded in this edition of Solidariun.

The University of Navarra has held Solidariun, a workshop dedicated to bringing the university community and citizens closer to the work carried out by NGOs and social organizations in Navarra, who have also been recognized as precursors of the Sustainable Development Goals (SDGs) development . quotation Half a thousand people visited the stands of the 47 institutions that took part in the event, which this year had the slogan "If you don't like what you see, turn it around".

Solidariun has also been an opportunity to recognize those students, professionals, services and Schools who contributed in a special way, during the past year, to turn around different social realities, such as poverty, immigration or the inclusion of people with disabilities. In the Junior Volunteer category, the award went to María Maraña, an architecture student, for her work as a volunteer in Tanzania, where she also sponsored a girl to pay her school fees. Hildegart González, professor at School of Nursing, has been awarded in the Senior Volunteer category for her initiative #EnfSolidaria, which seeks to offer her students an experience to discover their ability to improve the world from their healthcare profession.

For its part, the School of Philosophy and Letters has received the award to the most supportive center for an initiative promoted by students and teachers to teach Spanish to Ukrainian women and children who came to the region fleeing the war. The award was collected by Izaro Díaz, subdelegate of the School. The Library Service has also been recognized for its partnership with Tantaka since its beginnings, welcoming people with disabilities for internships and promoting their subsequent hiring. Isabel Iribarren, director of the Service, has been in charge of collecting the award.

The event also included the screening of a video on the occasion of the tenth anniversary of Tantaka, the University of Navarra's solidarity time bank. Since its launch, nearly 8,000 people from campus in Pamplona, San Sebastián and Madrid have put their time and knowledge at the service of various social institutions.

Also, there has been a roundtable with the participation of Begoña Rubio, director of ASPACE Navarra; Beatriz Ventura, technician of the Avanza program of COCEMFE; Cristina Sola, teacher of the department of Chemistry and volunteer of project goal Kashambya, Uganda; and María Orbe, professional of the department of Microbiology and Parasitology and volunteer of Tantaka.

The workshop, which has counted with the partnership of the companies Häagen-Dazs and Auara, has ended with a solidarity paella, whose benefits will go to the construction of a school in Uganda. 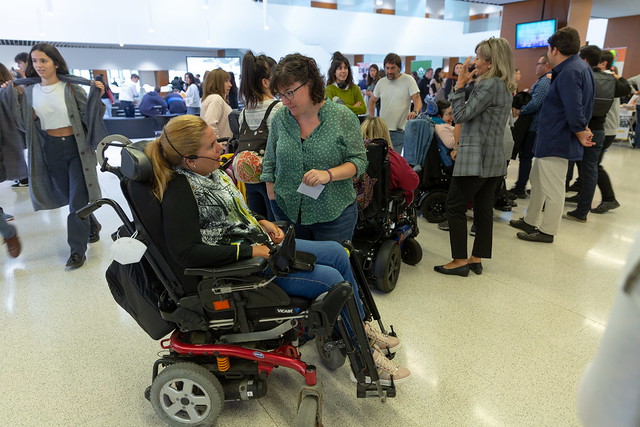 Beginning of the Master's Degree in internship Advanced Nursing in Oncology

The academic year begins at the University with more than 9,300 students from Degree

María Iraburu, Rector: "At the University you will find the context to make your professional dreams come true and open new horizons".