researcher of the high school of Biodiversity and Environment and professor of the School of Philosophy and Letters of the University of Navarra. 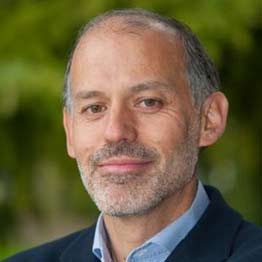 At the end of the summer, a new academic year begins and with it the mobility in cities reaches its peak. This is due to the so-called obligatory trips, understood as daily trips for work and programs of study, which are a fundamental part of the whole of the urban mobility and which during the summer months are -obviously- attenuated by the vacations.

According to the most recent surveys carried out in several Spanish cities, this subject constitutes between 40% and 50% of all urban trips. Due to its characteristics, the occupational mobility is largely solved by car use (in particular work movements) and, moreover, with very low levels of occupancy in each vehicle. As a result, the return to work and the start of school activity in cities means an evident increase in traffic in cities. And with it comes an increase in air pollution, noise, congestion, commuting accidents (more than 75,000 a year in Spain) and many other undesirable effects caused by the current urban mobility based on the massive use of cars.

These effects of heavy traffic in cities pose a risk to people's health, but also to the health of the planet itself, which is heavily influenced by what happens in urban environments. It is no coincidence that cities are home to more than half of the world's population and - according to the International Energy Agency - consume up to three quarters of the energy used by humans and produce 70% of the CO2 emissions released into the atmosphere. In this regard, it is worth recalling the words of Maurice F. Strong, who was University Secretary at the Earth Summit in Rio de Janeiro. Strong: "The battle for sustainability will be won or lost in the cities", which seems increasingly evident, given the growing rate of concentration of population and economic activities in urban areas around the world.

To this well-known phrase, he added a tagline that allows us to focus our attention on the subject of this article: "the management of the urban mobility is what will determine who will win this battle". Thus, urban mobility is not just another aspect of the urban environment, with a purely local scope. On the contrary, it is an absolutely central topic in the field of global sustainability, as evidenced by the fact that transport is - by far - the sector with the highest energy consumption on a national (44.9%) and also urban scale, well above industry, domestic consumption, etc. Considering that mobility is still overwhelmingly linked to the use of petroleum derivatives, the consequences in terms of air pollution are obvious.

Thus, giving the importance that the urban mobility deserves and returning to the occupational trips with which we began, the fact that these are concentrated in time (on certain days of the week and at certain specific times) and in space (with destination in large centers that attract trips such as hospitals, universities, industrial parks, etc.) allows us to find good solutions for mobility. Or at least simpler than when one wants to act on trips for personal reasons (leisure, shopping, errands, etc.), generally more dispersed in space and of a more sporadic nature.

This is therefore a great opportunity for administrations and public transport managers to focus their policies on this subject of mobility, which, due to its characteristics, lends itself very well to the implementation of alternative solutions to private car use. The implementation of sustainable mobility plans on an urban scale and, particularly, of mobility plans at work (those focused on a business or institution or on a group of them) are an excellent way to raise awareness and identify concrete actions to change the mobility of cities.

The beginning of the school year, coinciding with the celebration of the European Week of the mobility (September 16-22, 2022), is a good time to rethink our daily mobility to the center of work or to the place of programs of study. Even if cities act by favoring the development of public transport and non-motorized means, the ultimate decision on how we move is up to each individual, depending on his or her circumstances and possibilities. Sometimes there are no reasonable alternatives to car use, but in most cases it is a matter of considering a small change in habits from which we will all benefit. It may seem a lot of effort for an invaluable result in the whole of a big city, but someone has to start... And it can be us.