The irruption of Spanish haute couture on the international circuit, explained by the latest award Ernestina de Champourcin

The Italian researcher Daniele Gennaioli, winner of the last edition of the award Ernestina de Champourcin, explained at the seminar room of the group of research in Recent History (GIHRE) of the School of Philosophy and Letters of the University how the international identity of Spanish haute couture was built between 1952 and 1975. Through the award Ernestina de Champourcin, named after the poet of the Generation of '27, the GIHRE and the network WINN of the CYTED program recognize unpublished contributions to women's history. 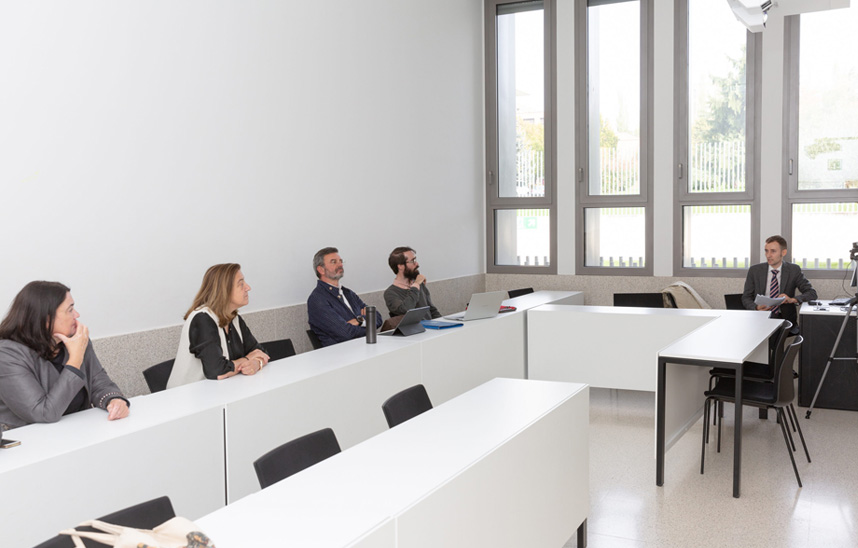 Beyond some individual successes, Spain began to emerge in the international fashion circuit from the I Spanish Fashion Festival, held at the Palace Hotel in Madrid in 1952, as the expert explained. However, as he pointed out, Spain's connection with the world of fashion was decisive in the beauty of the Spanish heritage, exploited by the most successful publications. Enclaves such as, for example, Granada, attracted the attention of the sector for their reports. A very similar case had occurred in Italian fashion. Gennaioli, a connoisseur of both worlds, has found similarities in the consolidation of the two countries in the international panorama through places that were, at the same time, a tourist attraction.

Another similarity between Italy and Spain was the role of their female ambassadors. In both cases, the media presence of movie stars, such as Spain's Lora Flores, worked well. On the other hand, the fashion-aristocracy binomial helped both cultures to penetrate the same circuit, especially thanks to the interest that nobility awakened in the United States. The Duchess of Alba represented an archetypal case. However, it was more about the triumph of a paradigm of national beauty, the creation of an image of Spanish women that, as the jury that awarded Gennaioli's study noted, "is projected in the American imagination.

The necessary stimulus for the internalization of fashion was provided, on the one hand, by a political circumstance such as the creation of an inter-ministerial commission in 1967 to take advantage of haute couture, favoring its presence in the international circuit and in foreign publications, with the goal to improve the image of the Spanish regime. And, secondly, the dissemination work of the representatives in Spain of magazines such as Harper's Bazaar or Vogue. Gennaioli highlighted on the GIHRE's seminar room the work of Aline Griffith, editor for Vogue in Madrid. Griffith, model and American spy during World War II, Countess of Romanones following her marriage in 1947 to Luis de Figueroa y Pérez de Guzmán el Bueno, was Madrid publisher of Vogue from 1964 to 1982. In this task she combined the promotion of Spanish fashion with the cultivation of her own image staff, perceived as a fusion of folklore and modernity in the Spain of the time and, from the United States, as typically Spanish, despite having grown up in a family of class average American. In his appearances in the foreign press, his aristocratic character would stand out, amidst a historicist aura.

The work presented by Daniele Gennaioli to the award Ernestina de Champourcin, the result of his doctoral thesis , was entitled Elizabeth Howell Buckley, Aline Romanones and the official document of Madrid publisher for Harper's Bazaar and Vogue. Strategies and models used in the process of building an international identity for Spanish fashion (1952-1975).

Presentation of the first volume of Spanish women to be discovered

Divine brilliance in the verses of Ernestina de Champourcin

Mercedes Sanz-high school program, Falangist politician and founder of Auxilio Social, protagonist of the first seminar room of the GIHRE in the 2021-2022 course.